Updates are part of every software; you need to fix bugs, add new features, and generally iterate to make things more secure, reliable, or faster.

Feature flags, or feature toggles, are a way to decouple your changes from a deployment. You implement a change, but you hide it behind an if-statement; as long as a variable is false, the software will use the version before your change; if the variable is true, it will be the new version. If the variable's value comes from a database the marketing team can access, they can toggle these changes without needing code changes.

Upstash Redis is such a database. It’s a simple key-value store you can use to store your feature flags. Since it’s blazingly fast, it doesn’t add much to your latency to check for multiple different flags in your application.

This tutorial will teach you how to build a simple feature flag mechanism for your Next.js app. We will deploy on Vercel and use Upstash Redis as storage.

Because we use NPM, you also need a current installation of Node.js.

Our first step is creating a new Next.js project. You do this with the following command:

Next, we must connect our Next.js app with an Upstash Redis database. For this, we need to install the @upstash/redis package and create a small wrapper around it.

Create a file at upstash-next-feature-flags/lib/featureFlags.js with this code:

We will get the API credentials from environment variables to set them up later in this tutorial. The flagIsActive function will query Redis and convert the returned value to a boolean. This conversion is necessary because we will save the flag as a number in Redis.

We must create the API route with the two different implementations. We will use the feature flag to switch between them.

For this, create a file at upstash-next-feature-flags/pages/api/sort-numbers.js.

It should have this code:

This API route is a simple number sorter. It takes an array of unsorted numbers and will use one of two sorting algorithms to sort them.

These sorting algorithms stand for any change you want to “toggle” in your application. Put them both into your code and switch between them via the flagIsActive function by changing the value in Redis.

We call the flagIsActive function and give it the name of the flag we want to check. If the flag is set to 1 in Redis, this function returns true; otherwise, it will return false.

After sorting, the API route responds with the sorted array.

Pushing the Project to GitHub

After implementing everything, we need to push the project to a repository on GitHub to make it accessible for Verce’ls deployment service. GitHub explains how to create a repository in their docs.

Creating an empty repository will automatically show you how you can link it with the project we created.

You can create a new database in the Upstash console. Figure 1 shows a good config for this tutorial. 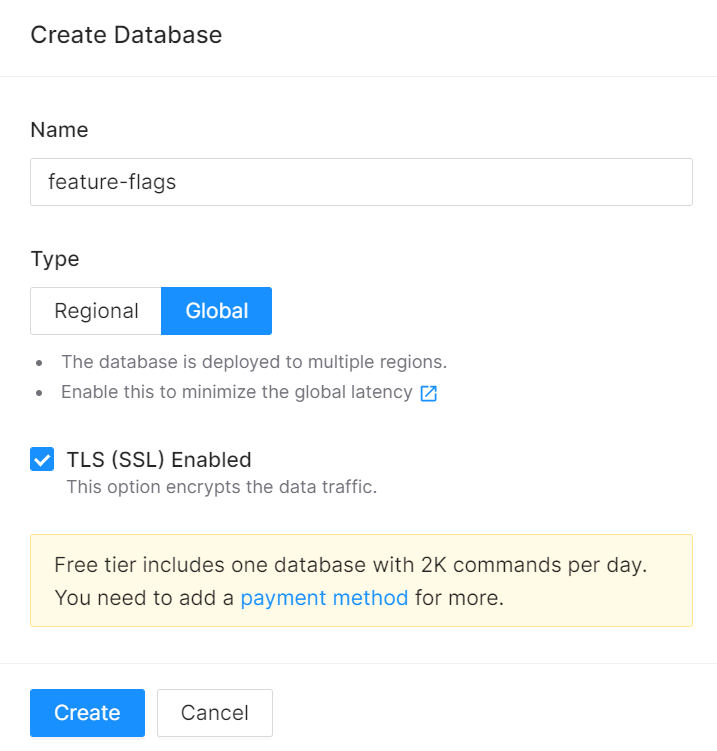 As Figure 1 says, one database is free, so you won’t have to pay anything for this tutorial.

Keep the browser tab with the Upstash console open because we need it later to gather the database credentials.

Linking the GitHub Repository with Vercel

If you use your GitHub account to log into Vercel, adding a GitHub repository only takes a few clicks. In Figure 2, you see the top left of the Vercel dashboard; click on “Add New…” and choose “Project.” 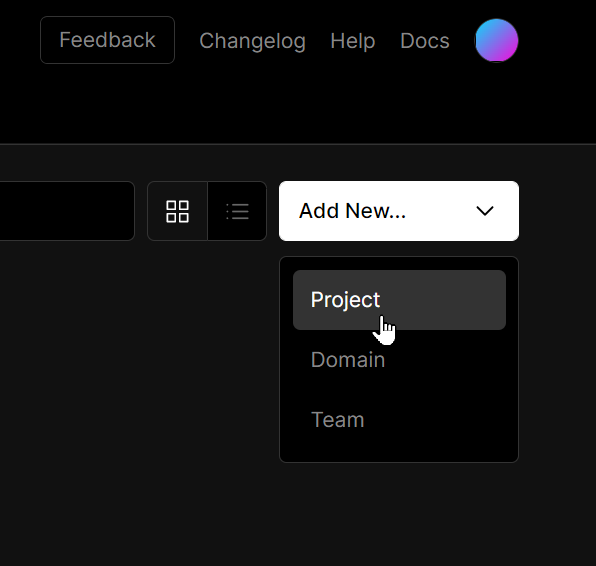 Choose “Continue with GitHub” and one of the “import” buttons that belong to the repository you created in the previous step. 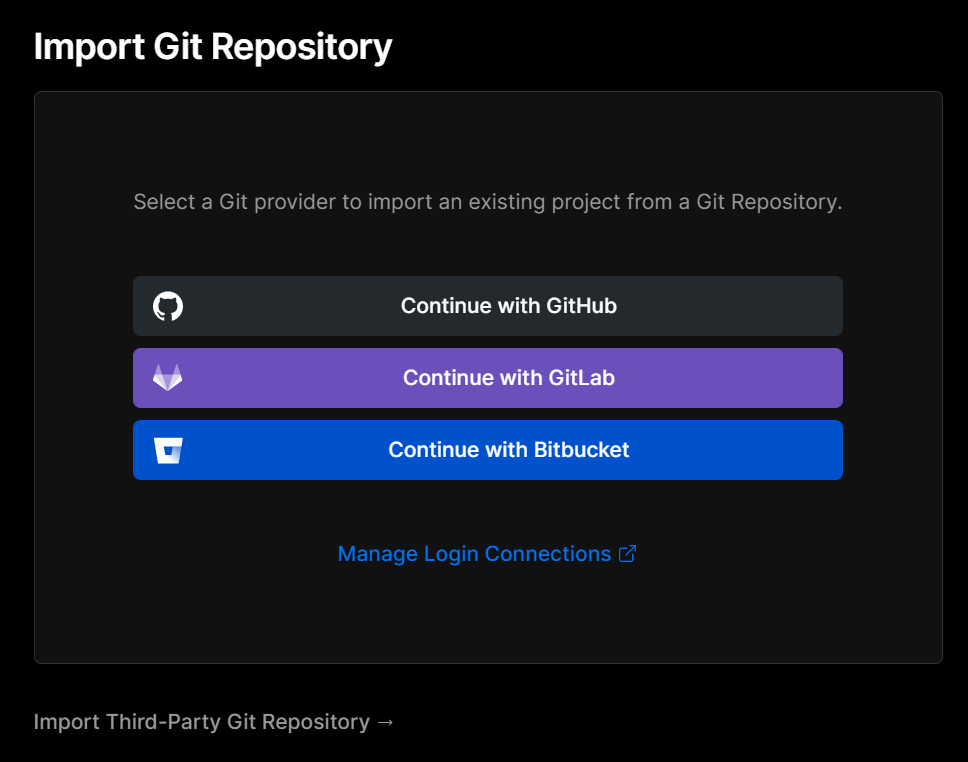 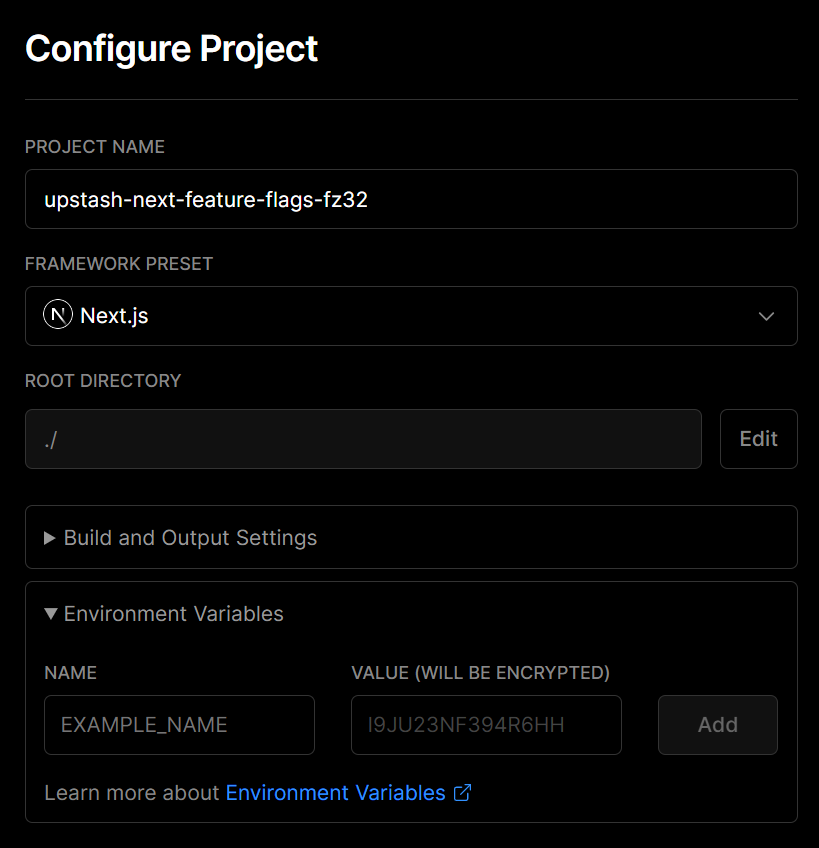 They are called UPSTASH_TOKEN and UPSTASH_URL, and you find them in your Upstash console, where we created the database before. Figure 5 shows which buttons you need to copy the required values for our variables.

When you press the big “Deploy” button, Vercel will clone your GitHub repository and deploy it on its infrastructure.

Switching Between Implementations with Redis

Now, we should be able to call our API endpoint, and we can switch between the implementations by setting a value in Redis. The Redis CLI in the Upstash console is the simplest way to achieve this.

Figure 6 illustrates where to find the CLI and the command we need to execute to set the value. 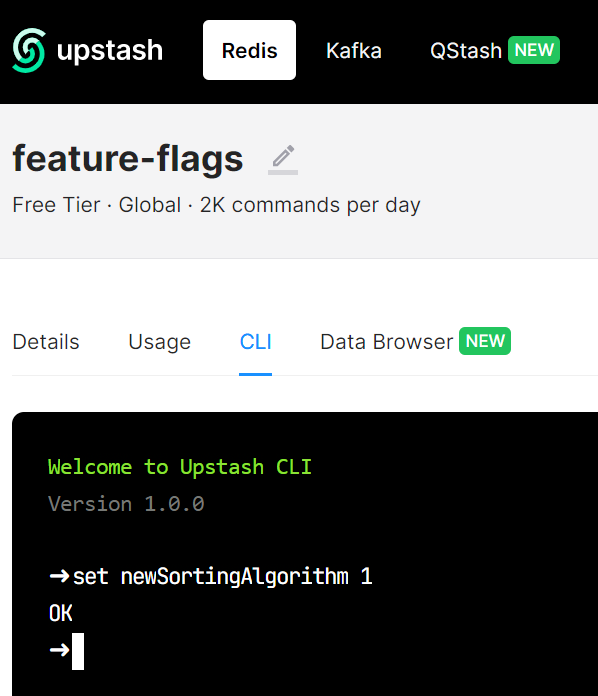 If we would delete newSortingAlgorithm or set it to 0, it would switch the flag back to false, and our API route would use the old algorithm.

The last thing missing is the actual use of the API route. We must send a JSON object via a POST request to the route. An easy way to do this is with cURL.

The following command sends such an object:

You have to find the correct API_ROUTE_URL in Vercel. You should see a “Domains” category in your project on the Vercel dashboard, like in Figure 7. 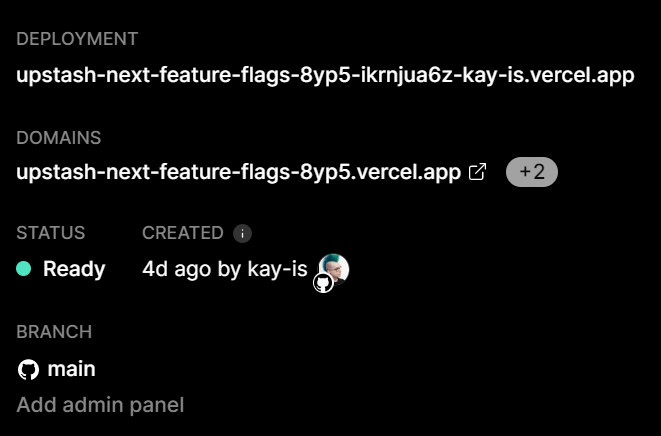 The response should be a JSON object that includes the sorted numbers and a newSortingAlgorithm field that indicates which algorithm was used for this sorting.

Feature flags are an excellent way to decouple deployments from feature releases. They turn a hard-coded change into setting a simple value in a database, which gives more flexibility to your teams and gives more power to non-technical people.

With a fast database like Upstash Redis, it’s easy to implement the feature flag pattern for your application without sacrificing much of your performance. Upstash Redis has sub-second access times, and you can deploy it near your FaaS if required. All that with on-demand pricing, so you never pay for resources you don’t use.